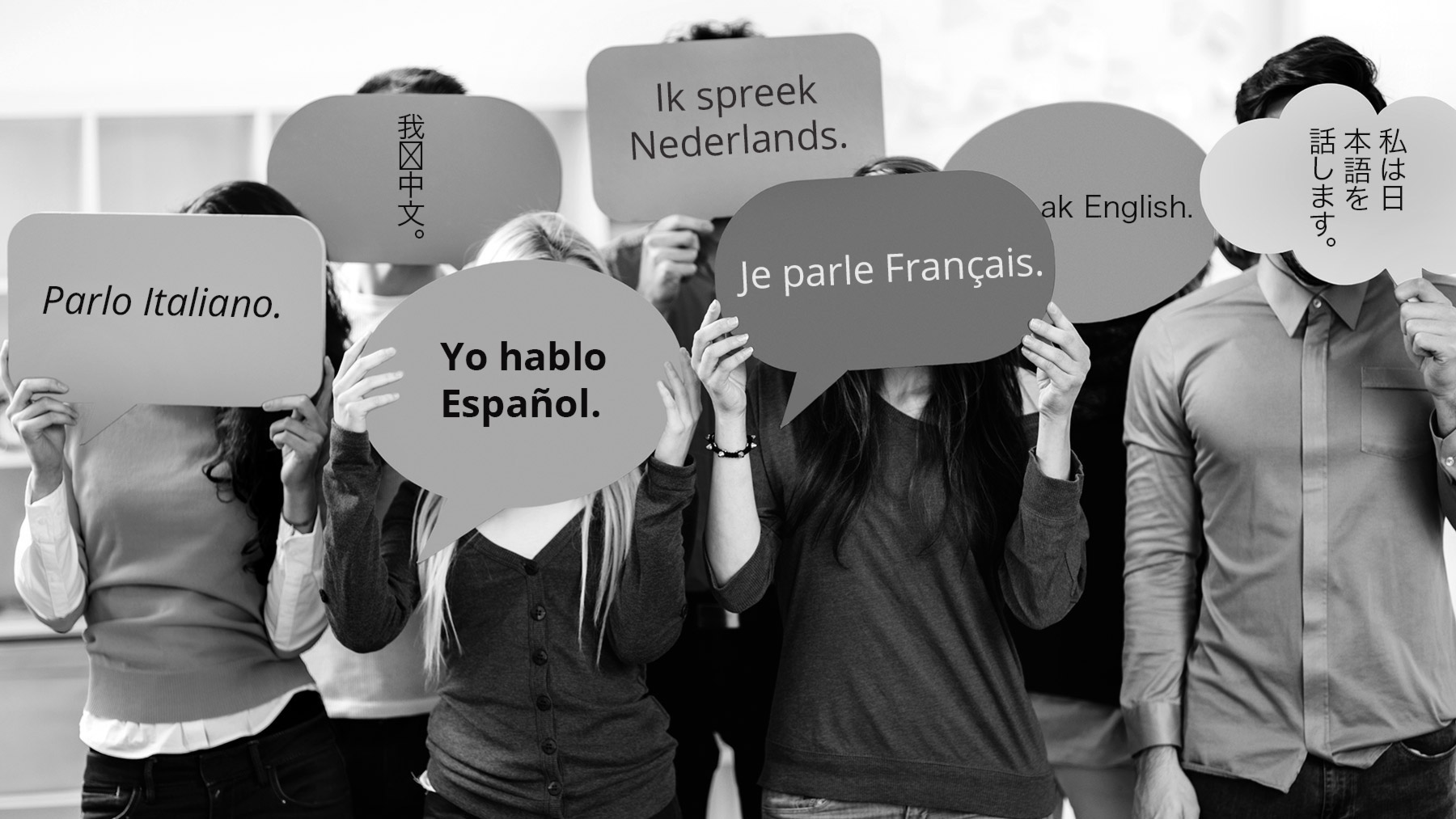 We love the challenge of applying the principles of awesome training to new languages and cultures. As with designing any course, localization is all about carefully planning. We’ll work with you to adjust the English so that it is appropriate for the intended audience in terms of content.

“Yo no hablo Ingles!” or “Je ne parle pas Anglais.” If you get this feedback, it’s a pretty good clue your learners sense that the training wasn’t designed for them specifically. Attention and retention go out the window when learners question a training’s relevancy to them. Just think of how it feels to watch a badly dubbed foreign movie.

Subtitles are not an ideal solution. Providing a translated narration transcript isn’t always enough to communicate the lesson. It may meet minimum corporate or legal requirements for providing training in native languages, all the info may be there, but good design builds a link between audio, text, and images. The “this was made for me” feeling is all in the details. You’re just more involved in the story when the actors are actually speaking your language and everything’s in sync.

The goal of localization is to adapt learning materials in a fashion that is appropriate for the culture, the original meaning is intact, and the narration and text are in the local languages. When a course localization is done correctly, learners can’t even tell the course was converted from a different language.

What You Can Expect

The rapid development of internet accessibility and mobile devices has led to a tremendous growth in the popularity of eLearning courses. With this global reach comes the need for localization: the adaptation of course materials to meet the needs of a particular language, culture, or desired population’s “look-and-feel.”

Take, for example, a company based in the U.S. that also operates in French-speaking Canada, Spain, or Japan. Obviously the narration, or at least the transcript of the narration, needs to be translated for the foreign audience to begin to understand what the course is trying to teach them. But what about the on-screen text – those key words and phrases that emphasize important points of the training? Should that be translated as well? And how about the characters dressed in American garb? Is this dress appropriate for the foreign culture, or could it be offensive? And then let’s consider what is actually being taught. Do they do things exactly the same way we do them here in America, or do business practices and cultural values differ? All these details matter. In order for the foreign learner to get the most out of the training, they need to feel like it was designed specifically for them, and that feeling comes from attention to detail in the localization process.

Having done many localization projects, we’ve found that we love doing them. It’s like a trip around the world for us! We love the challenge of applying the principles of awesome training to new languages and cultures.

Course localization can happen at some point after the English course has been completed, or, if known in advance, it can be planned for during the creation of the English course. Planning for the translation upfront is typically the more efficient and thorough option. Either way, we’ll work with you to help determine what level of localization is appropriate for the intended audience and what works for your budget.

As with designing any course, localization is all about carefully planning. It’s one of those “measure twice, cut once” sort of things. If you don’t believe me, just check out this article! When you throw translating everything in the course on top of the rest of the design, it takes on a whole new level of detail. When translating text and narration, ignoring even the tiniest detail could result in huge unexpected and unnecessary costs.

We’ll work with you to adjust the English so that it is appropriate for the intended audience in terms of content, on-screen text and narration, and even graphics. From there, we work with vetted translators to complete the foreign language version of the course.

One of our clients created a series of customer service modules (in English) that taught the importance of listening to the customer’s voice. This message drove our original design, which was all about that voice. The eLearning courses were rolled out nationally in the US and were a huge success. So successful, in fact, that the company’s French-Canadian region took notice. The modules had such an impact on customer satisfaction that the Canadian offices wanted to get in on the fun.

Because the course had already been completed and none of the original requirements included planning for a second language, we needed to devise a strategy to implement the course in French. Originally the French-Canadian office requested to only translate the audio script and leave everything else in English, as it originally was created. However, it quickly became evident that a course on the voice of the customer, which was clearly not developed for this office’s French-speaking customers, was a real miss. So, it was decided to do a full translation of script, screen text, audio, and labeled graphics. Why? Because the goal of the course was to associate the subtle emotional cues in the customer’s voice with the level of service being provided. Our localization process ensured that the French speaking learners got the same awesome training results as their American counterparts. Vive le training!

The French Canadian CE360 Online Course was very well received. Everyone really liked the whole course, but most of the comments I received were about the interaction of the training simulations and the great BluePrint tool at the end. They were excited that they got such a great tool to work with. That was definitely the first time we’ve seen such a professional online training course.
– Marie-Eve Loof, Project Manager, Siemens

We love the challenge of applying the principals of awesome training to new languages and cultures.

As with designing any course, localization is all about carefully planning. It’s one of those “measure twice, cut once” sort of things.

We’ll work with you to adjust the English so that it is appropriate for the intended audience in terms of content.

We'll help you translate and leverage your content, so everyone wins.

Let's Start a Project Together!